The small, incredibly charming fishing town of Kaş is located on the Mediterranean coast in the Antalya province of southwestern Turkey, around 378 kilometers southeast of Bodrum and around 100 kilometers southeast of Fethiye. It lies on the Teke peninsula in the stunning region that is known worldwide as the Turkish Riviera, and although the area has been inhabited since the Stone Age, the city itself was founded during the Lycian Era, around 168 BCE.

Today, Kaş is a popular tourist destination for boating and yachting enthusiasts, but it also boasts a thriving fishing industry and has managed to retain a very authentic feel. In addition, it is a popular spot for diving enthusiasts and lies only 2 kilometers from the Greek island of Kastelorizo. Also of note, the area boasts a number of other picturesque towns and villages along the coast, making it an excellent base from which to explore by sea.

Highlights of the city

1-The Lycian capital of Xanthos is one of the most remarkable archaeological sites in Turkey.
2-Saklikent (Hidden City) Gorge is the second-largest (20 km) gorge in Europe, the longest and deepest gorge in Turkey, about 45 min. drive from Kas.
3-A spectacular usual night view of the village.
4-Patara Beach, (there are Dolmuş from Kalkan local dolmus stop in the center, 40 minutes with a wonderful road trip ) 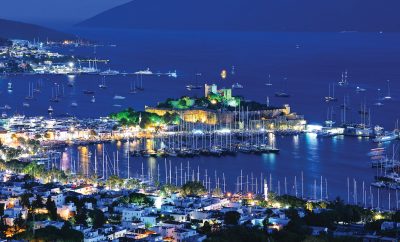 Bodrum
Bodrum Turkey is an ideal place for your holiday whether you are traveling solo, having a romantic gulet cruise, or taking the whole family. Getting ...
Nis 21, 2015 , 0 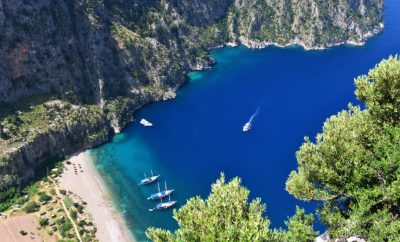 Fethiye
Fethiye Turkey is one of the Southern Cities located on the Turkish Riviera coastline. It is one of the major active ports along the Aegean ...
Nis 21, 2015 , 0